Cafés were opened in Bayt al-Maqdis in the 16th century after the habit of drinking coffee had spread among the people in the city. At the time, cafes played a role as a sociocultural institution. People would go to such places and learn about each other’s news. They also played a national role by helping to spread culture and political work in-line with the national, cultural and political conditions of that time period. This study aims to introduce the history of coffee in Al-Quds, its most prominent cafés, and their cultural and political role at the end of the Ottoman Era, as well as the Israeli occupation policies towards them, particularly after the occupation of Jerusalem was completed in 1967. This article adopts a descriptive analysis approach to examine three main topics: coffee and cafés in Jerusalem, their national role, and the decline of the role of cafés al-Quds. The main findings of the study include that cafes played an educational role in the lives of Jerusalemites. They helped in spreading knowledge through entertainment, the holding of literary seminars, and the reading of newspapers and books. They also played a political role in raising political awareness and in resisting the British and Zionist occupations. Thus Zionist have targeted these cafés.
Keywords:

Hattox, Ralph (1985) Coffee and Coffeehouses: The Origins of a Social-Beverage in the Medieval Near East. London: University of Washington Press. 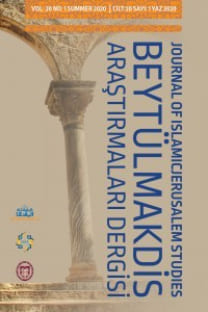