As a playwright, director, designer and producer, Ayckbourn is one of the most prolific personalities of contemporary British playwrights. Although he handles the lives of middle class people, family relationships, problematic togetherness in a comic manner, he by no means deals with the comic sides of life in Invisible Friends. Ayckbourn's aim in Invisible Friends may be regarded as giving lesson with regard to the experiences of a child.
Tam Metin 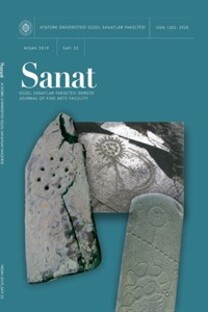