Task-based language assessment (TBLA) is a way of providing information about language learning in authentic settings. Not only does it present language learners with a meaningful and embedded context of assessment but also promotes communication in the target language. Within the framework of TBLA, this study aims to integrate the 4th grade language testing into language learning process through ILTPY (Integrated Language Testing Program for Young Learners). ILTPY includes ten-unit assessment tasks which have been developed in accordance with the young learners’ characteristics and the 4th grade curricular objectives at state primary schools affiliated with the Ministry of National Education (MoNE) in Turkey. In order to test the effectiveness of ILTPY, two-unit assessment tasks were employed in the 4 th grade classrooms. At the end of the two-unit implementation, follow-up interviews were conducted with the students and teachers in order to understand the influence of ILTPY on language learning process. The study findings show that the assessment tasks in ILTPY significantly increased the level of language attainment in the 4th grade. The two-unit implementation motivated a majority of language learners by offering them to reinforce what they had learnt. The students’ increasing enthusiasm and participation, and the opportunity for professional development motivated most of the language teachers to teach English and assess the students as emphasized in ILTPY. However, task development and implementation were regarded as the demotivating factors in view of practicality. The assessment tasks mostly met the young learners’ needs of assessment, but they should be supported with more visuals and technology. Finally, it is considered that ILTPY generally affected language learning positively.
Tam Metin

Brindley, G. (1994). Task-centred assessment in language learning: The promise and the challenge. In B. Norman (Ed.), The annual international language in education conference (pp. 73-94). Hong Kong.

Brookhart, S. M. (2013). How to create and use rubrics for formative assessment and grading. USA: ASCD. 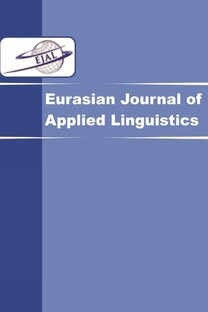 The Role of Psychological Capital in Language Learners’ Willingness to Communicate, Motivation, and Achievement

On the Impacts of Pressured vs. Unpressured Online Task Planning on EFL Students’ Oral Production in Classroom and Testing Contexts

Correlates of Listening Comprehension in L1 and L2: A Meta-analysis

Review of Linguistic Pragmatics of Intercultural Professional and Business Communication

It was found that…: Introductory it Patterns by Native and Non-Native Authors

Review of Corpus Linguistics for Vocabulary: A Guide for Research