The Use of Literary Texts as Authentic Materials in Language Teaching Classes: Othello by Shakespeare

Öz In many universities in Turkey, Literature and Language Teaching is included in the curriculum. Since literature is authentic, any piece of literature (poems, plays, short stories, and novels) could be used in such classes and turned into a source of teaching material. This paper aims to determine what the ELT teacher candidates consider useful, attainable and relevant for their students and whether they will use plays by drama activities in their classes or not. An action research has been carried out to obtain information from 2nd year ELT teacher candidates at Nevşehir Hacı Bektaş Veli University, Faculty of Education. They have been given a questionnaire with 6 open-ended questions. At the end of the study, findings and results have been discussed and analyzed.
Anahtar Kelimeler:

Maley, A. (1989). “Down from the Pedestal: Literature as Resource” in Literature and the Learner: Methodological Approaches. Cambridge: Modern English Publications.

Maley, A. and A. Duff. (1984) Drama Techniques in Language Learning: A Resource Book of Communication Activities for Language Teachers. Cambridge. 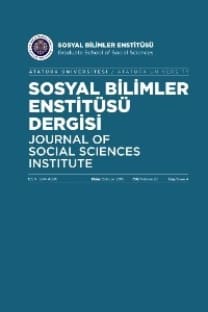 The Use of Literary Texts as Authentic Materials in Language Teaching Classes: Othello by Shakespeare