The disappearance of a language is just not only as mean the loss of its language specifications. At the same time, it is a great cultural losing, perhaps, it means the eradicating an ancient history of the world, but the most important, ultimately, all of these lead to wipe out all humanity completely from the earth, and so with it, we are doomed to loose our cultural heritage, traditions and customs. Our study will be discussed from linguistics and lexical care. And there will also be discussed the linguistic comparisons of words and terminology used in both language (in Khinalug and in Azerbaijan Turkish).The Khinalug is one of the only language is distinguished by its ethnic diversity in the world among the other languages. In terms of an ethnographic and origin point, it includes to the “Caucasian Languages” (“Shahdag Languages”) groups. This language is known as an independent ethnic language group by the name of their village where they live in Khinalug district in the North of Azerbaijan. In our current study, are investigated the lively using of Turkish words and terms in the same sense, but with different writing system in the structure of Khinalug vocabulary and the identical phonems of Khinalug and also the categorical characteristics of these cognate languages. In our opinion, the using process of many words and phrases in Khinalug language genealogically, enable us to say that, these two languages have been common points with the Turkish language rather than before. In this study, the details about the language and culture of Khinalug (Xinalıq), whose roots date back to the Paleolithic period, will be discussed, as well as a number of words of the same rooted Turkish and Azerbaijani origin and their categorical characteristics.At the same time, these two languages (Khinalug and Azerbaijani-Turkish) are today known as a language in which everyone in the environment can speak together.
Tam Metin

Department of Linguistics The University of Utah. Published by Proquest LLC (2013). UMI Number: 3594588. 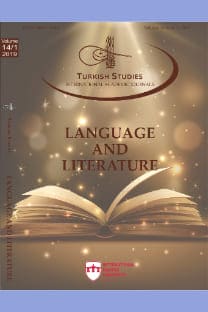