Mehmet Akif Ersoy (1873-1936) is the famous poet, author and intellectual of the Ottoman empire and the poet of the national anthem of Turkey. As it’s known, he lived at a time when the Ottoman empire and parts of the Islamic world were being divided and fiercely attacked by western national powers. During his life, after the first world war the Ottoman empire was destroyed and then the Republic of Turkey was established with challenges. In this process, Akif became a member of the Ottoman special organization Teşkilât-ı Mahsusa and traveled a lot of countries in West and East and experienced their current conditions of economic, political, scientific, technologic and moral life and then compared eastern and western civilisation with each other. In his traveling he observed that the western civilisation far more advanced than eastern civilisation in science, technology, economy and military. To him, eastlands was exploited and penetrated politically, militarily and economically by western nations. Akif focused on the issue of the west and western civilisation the works of authors attempting to develop an Islamic response. After that he tried to give a new emotion and morale to eastern nation get rid of exploitation and analysed philosophical, sociological and psychological causes of backwardness in eastern civilisation and proposed a new idea of growth of Islamic world. His new idea of civilisation was synthesized from critiques of East and West. Because Akif made a clear-cut distinction between Western science and European life-style, calling for the full-fledged adoption of Western science while totally rejecting the manners, moral values and mores of European civilisation. Despite his criticism of the western way of life and moral values, he was well aware of the scientific and technological developments and accumulations of the Western civilisation. As a result he offered to combine with science and technology of Western civilisation to the true values of Islam and called his sythesis virtuous civilisation (al-madaniyya al-fazıla). In this article, I will try to analyze Akif’s discourses on the eastern and western civisilation and his idea of ‘virtuous civilisation’ in the light of sociological, political and philosophical foundations.
Anahtar Kelimeler: 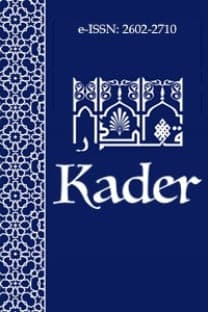