Trends and causes of maternal mortality in Eastern province of Turkey

We aimed to analyse causes of maternal mortality cases in Eastern province of Turkey. Maternal mortality cases were retrospectively investigated. The cases were evaluated for age, gravida, age at first birth, gestational week, postpartum death time, educational status, illnesses in their history, high risk pregnan cies, pregnancy termination type, delivery methods and death causes. The distribution of these cases by type of death and years is examined. In addition, the causes of death were compared among groups according to their death pattern and years. A total of 69 maternal deaths were detected between January 2010 and December 2016. The maternal mortality rate was 20.1 per, 100000 livebirths. The mean age of the cases was 30.4 ± 7.6 and they had their first births when they were 20.9 ± 5.1 years old. Mean number of gravida was 3.9 ± 2.8. These cases were 32.3 ± 7.4 in the week of gestation when mortality occurred. The mean number of pregnancy follow-ups was 4.24 ± 4.0, postpartum direct maternal mortality time was 13.7 ± 25.5 days. The number of maternal mortality according to the years was respectively; 6, 12, 15, 16, 7, 13. When the causes of maternal mortality are examined; 26.1% of the cases had preeclamptic diseases, 15.9% had hemorrhage, 10.1% committed suicide, 8.7% had pulmonary embolism, 7.2% had cerebrova scular disease, 5.8% had heart disease, 5.8% had amnion fluid embolism, 4.3% had sepsis, 4.3% had traffic accidents, 4.3% had firearm injuries, 2.9% had malignancy, 1.4% had pneumonia, 1.4% had multiple organ failure, and 1.4% had died due to electric sho ck. Among the direct causes of death; preeclamptic diseases, hemorrhage and pulmonary embolism were the most common and among the causes of indirect death; cerebrovascular diseases, heart diseases and sepsis were the most common. Maternal mortality is an important obstetric complication that needs to be paid attention to. Preeclamptic diseases and hemorrhage continue to be the most common cause of maternal mortality. 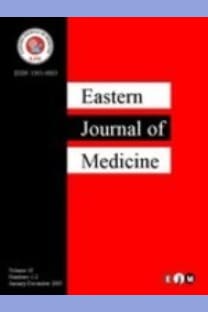 An unusual bladder mass: Dermoid cyst and review of the literature

Contribution of sonoelastography in the differentiation of benign and malignant breast masses: A comparative analysis on sonographic birads classification

Emergency cesarean in a patient with atrial septal defect

Meningioma of the cavernous sinus

Anesthesia management in a patient with Carney Syndrome: Case report