INTERNATIONAL MIGRATION IN KYRGYZSTAN:DYNAMICS AND DETERMINANTS

Öz After disintegration of Soviet Union, mass labor migration has been seen in newly independent states. This migration mostly caused by ethnic reasons, while after mid of 2000's the migration predominantly reasoned by economic issues, such as differences in economic growth, wage levels, social conditions and welfare in countries of destination. Due to labor migration in Kyrgyzstan, which is count around the 10 % percent of active population of the country, and high remittance inflow, which is more than 30 % of Gross Domestic Product of Kyrgyzstan, it is important to investigate the factors causing this migration outflow. This paper aims to empirically assess the determinants of international migration outflow from Kyrgyzstan, by using nationally representative "Life in Kyrgyzstan" survey and annual data from National Statistics Comittee of Kyrgyz Republic
Anahtar Kelimeler: 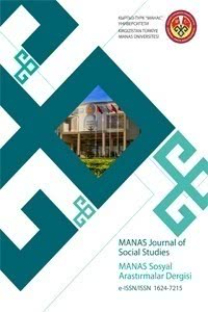