Distribution system, a vital link between the bulk power system and end users, accounts for 90% of power service interruptions. This study analyses faults occurring on power distribution network using Eleweeran and Poly Road 11 kV feeders in Abeokuta as case studies. Faults data, between 2014 and 2018, are collected for selected feeders using fault log books. Trend analysis of faults data is accomplished using MATLAB software with associated statistical measures (mean median mode, standard deviation, coefficient of correlation) determined. Reliability figure is thereafter computed for each of the two feeders. The mean and median of both actual and predicted fault values during the period under consideration are similar for the two feeders. The reliability index on Eleweeran 11 kV feeders showed that 2015 was the worst with failure rate of 1.55 and reliability figure of 0.21% while it was at its best in 2017 (failure rate of 1.07 and reliability of 0.34%). In the case of Poly Road 11 kV feeder, the highest failure rate of 0.62 with corresponding reliability of 0.54% was recorded in 2016 while in 2018 the failure rate was about 0.49 and reliability of 0.61%.
Tam Metin

[10]. Shalash N. A., Ahmad A. Z., Jaber A. S. “Multi-Agent Approach for Reliability Assessment and Improvement of Power System Protection,” in The IRES International Conference, Moscow, (2017). 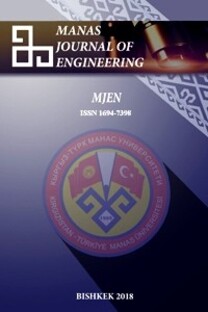 The concentration distribution of components and particles in the system: tomato-water-sodium nitrate and assessment of the oxidation-reduction potential at different temperatures

Ferrocene as a leaving group; Unexpected rearrangement reactions for the synthesis of 2,3-diarylnapthoquinones