Following Autopsy Results in Patients who died of Unintentional Trauma

Objective: Trauma is one of the major global health challenges and its mortality rate increases along with science and technology advancements and the development of industrial communities. Besides trauma mortality, years of life lost and health care costs are rising. Due to the high incidence of death from trauma in Iran, this study was aimed at identifying the prevalence and factors associated with injury to estimate the prevention methodology for the reduction of trauma-induced death. Materials and Methods: In a descriptive study, 209 patients who died due to unintentional trauma and were dissected in the Medical Forensic Center of Tabriz (Iran) from May 2013 to May 2015 were studied. Patients' demographic information, type of trauma, and cause of death were collected.Results: In the present study on 209 patients, 79% were males and 21% were females, with a mean age of 37.64±22.68 years. The most common mechanism of trauma in these patients was traffic accidents. In our evaluation of 209 patients with accidental trauma, head and neck (89%) and thorax (45%) were the most common injury sites. Other injury sites included the upper limb (43.1%), lower limb (35.9%), abdomen (24.4%), and pelvis (12.9%). The results of this study showed that the common trauma site was the head and neck and that the common cause of death due to trauma was brain injury.Conclusion: Road traffic injury was the most common cause of unintentional trauma, and head injury was the most common cause of death in unintentional trauma. The most common life-threatening finding in patients who died due to unintentional trauma was loss of consciousness. Falling from heights was the next most common cause of trauma. Community education has the greatest impact on mortality reduction and injuries due to trauma.
Tam Metin 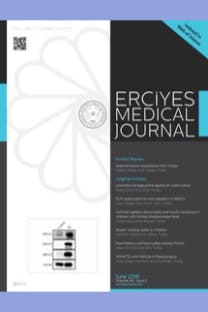 A Rare and Unexpected Cause of Pulmonary Hypertension: Pulmonary Capillary Hemangiomatosis

Following Autopsy Results in Patients who died of Unintentional Trauma

Humans as a Source of Colistin Resistance: In Silico Analysis of Public Metagenomes for the mcr-1 Gene in the Gut Microbiome