Objective: In tibial fractures, the use of an external fixator (EF) may be associated with sexual dysfunction (SD) in sexually active male patients. We aimed to investigate the influence of EF applied for tibial fracture on the sexual life in male patients.Methods: We retrospectively evaluated 137 male patients who presented with tibial fractures and underwent surgical intervention with unilateral or circular EF. The patients completed the Brief Sexual Function Inventory (BSFI) form during the interview. We evaluated the incidence of the development of SD and the severity of SD with the use of an EF, and the relation with the type of EF and SD was investigated. The responses were compared with the results of the completed BSFI forms of 119 male patients who were treated with internal fixation (IF) for tibial fractures.Results: In total, 108 patients (mean age, 42.8 years) treated with EF accepted the invitation and filled the form. The score of those patients were worse compared with that of the patients who were treated with IF (P < 0.001). Postoperative sexual functions were the same with the preoperative sexual function in 12 patients (11%). However, the postoperative scores were decreased in 96 (89%) patients, which meant that the sexual functioning was impaired. None of the patients reported persistent SD.Conclusion: EF in the cruris may impair sexual functions in males. The rate of SD was higher in male patients who were treated with EF. Thus, SD might be associated with physical, psychological, and social limitations caused by EF.

Stolk EA, Busschbach JJ. Are patients and the general pub- lic like-minded about the effect of erectile dysfunction on quality of life? Urology 2003;61:810-5. 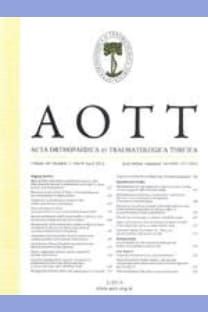 MRI delineation of the morphometric characteristics of type I split cord malformations: a retrospective analysis of 29 cases