Öz Israel has very original features in many aspects. With the lack of long state experience and tradition and spite of a very heterogeneous social context and resulting dilemmas, state has been in continuous development since independence. Despite the state has suffered since the establishment of the state, it has been continued to parliamentary democracy without any break. Complex legal heritage, which was in force before the establishment of the state region, has been suited to Israeli social context within a long historical process. Constitutional reform, which was realised in 1992, first time in the world, has brought the system of direct popular election of the Prime Minister. This change primarily affected the relationships between the executive and legislative power of the state. In this article, the new status of the prime minister in the present system and the legal changes related to direct election of prime minister in Israel have been analysed.Furthermore, there is an appendix related to the translation of the executive power and the direct election of the Prime Minister in the Israel State.
Tam Metin 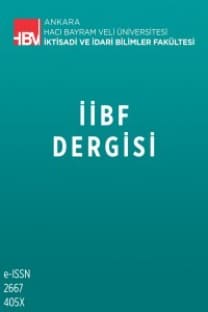 An Analysis of Exchange Market Pressure and Monetary Policy: Evidence from Turkey