and Syria. Most of the victims in these cases (some of which ended up with public execution) were Sufis, Coptic converts to Islam, and at times Mamluk amirs. Levanoni discusses how relationships among Mamluk leaders, among judges belonging to different Sunni madhhabs, and between the Mamluk Sultan and the "religious establishment" influenced the course and outcomes of some of these trials. Chapter seven presents the case of the 8th/14th-century Hurufi movement as example of what Orkhan Mir-Kasimov calls the "renovational" as opposed to the "abrogational" trends that he argues have existed since early Islam. Whereas the former trend accepts Islam's religious texts and can thus be tolerated by the traditional ?ulama?, the latter is based on the notion of the "continuation of the prophecy" and is therefore regarded as sheer kufr. Chapter eight, on the other hand, presents a case of a group - the 11th/17th "revivalist" Qadizadeli movement in the Ottoman Empire - that practiced takfir against others. As Simeon Evstativ argues here, the boundaries between accusations of bid?ah (innovation) and of takfir were sometimes blurred 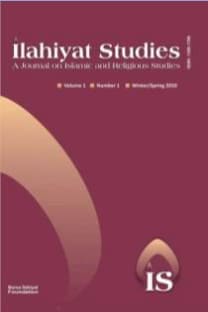 SUFFERING FOR THE SAKE OF COSMIC ORDER: TWELVER SHI?AH ISLAM'S COPING WITH TRAUMA

REFERENTIAL VALUE OF HADITH TRANSMITTER CRITICISM IN THE 2nd/8th CENTURY: THE CASE OF SHU?BAH IBN AL-HAJJAJ

NEO-HUMANISM AND DIMINUTION OF THE CONCEPT OF THE HUMAN