We herein describe a woman with two consecutive pregnancies affected by fetal nuchal cystic hygroma(CH) with a normal karyotype.A 33-year-old woman (gravidity 2, parity 1) was referred to us because of fetal hydrops. No consanguinity or Rh isoimmunization was involved in her current or previous pregnancy. First-trimester ultrasonography revealed nuchal CH, and chorion villus sampling was performed to exclude aneuploidy.In the first pregnancy, the CH had regressed and aortic coarctation was detected by second-trimesterfetal echocardiography. In the current pregnancy, the CH had progressed and was complicated by thedevelopment of nonimmune hydrops. Termination of the pregnancy was performed at 21 weeks' gestation. Recurrence of fetal CH in subsequent pregnancies is extremely rare. CH with a normal karyotype canbe inherited as an autosomal recessive trait. This report describes a woman with recurrent CH with normal karyotypes and different prognoses.
Tam Metin 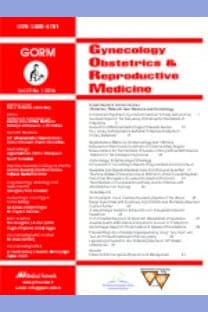 Analgesic Efficiency of Tramadol Administered Prior to Hysteroscopy Procedure

Cervical Priming with Hydroscopic Dilatator Before Hysteroscopy: Effect on Pain Scores and Ease of the Procedure

Laparoscopy is the Gold Standard in Ovarian Pathologies in Childhood: Clinical Evaluation and Literature Review