The study was based on an assessment of malaria incidence and crop productivity in Kabba/Bunu Local Government Area of Kogi State. The socio economic characteristic of households, cropping pattern, incidence of malaria and the input and output characteristics of the farming household were examined. Data were collected through the use of structured questionnaires from 72 households selected randomly in twelve villages across the local government area were monitored for eight month from May to December 2012 Households were classified based on malaria incidences as low, moderate and high respectively. Descriptive statistics and Analysis of Variance (Anova) were used for data analysis. Results show that majority of household heads (93%) were males and practiced intercropping. High malaria incidence was observed among 75% of household members during the study period. The study established a great variation in the output of crops produced among household and in the use of family labour, seed, land and fertilizer input. Crop output was higher for low malaria mobility households. It is therefore recommended that appropriate mechanism should be put in place in alleviating malaria incidence in the study area.
Tam Metin

Aheisibwe AR (2008). The effect of Malaria on Agricultural Production in Uganda; An MSc thesis submitted to the School of Graduate Studies, Makerere University.

Asante FA (2009). The Links between Malaria and Agriculture, Reducing Malaria Prevalence and increasing Agricultural Production in Endemic countri es. Presented at a Conference on Improving Vector Control Measures for the Integrated Fight against Malaria: From Research to Implementation. Paris, France 2009.

Izuchukwa O (2011). Analysis of the Contribution of Agriculturalal Sector on the Nigeria Economic Development.World Review of Business Research 1(1): 191-200.

Seaman J and Yeyer U (1978). Management of Nutritional Emergencies in Large Populations WHO, Geneva. 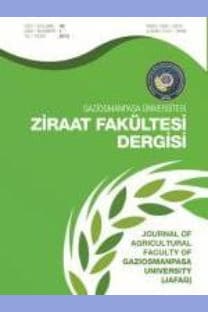 Use of Neural Network Model to Predict of Egg Yield

Estimation of Factors Affecting Demand and Supply of Cow Milk