Enlargement of the genial tubercles, a group of four tubercles located at the inner part of symphysis menti, is very rare especially in dentulous patients. These may lead to problems in speaking, chewing, swallowing and further rehabilitation of the total prosthesis. A 39-year-old female patient was referred to the clinic for the assessment of general dental examination. The patient had difficulty in speaking and swallowing. When the floor of the oral cavity was examined, a bony expansion was detected on the lingual surface of the mandibular symphysis region. Panoramic radiography and cone beam computed tomography (CBCT) were performed. When images were evaluated, enlarged genial tubercle was observed only in CBCT but not in panoramic radiography. The patient was operated under general anesthesia and the enlarged genial tubercle was completely removed. In the post-operative period, speech and swallowing difficulties ceased to exist. To our knowledge, there is no other case reported with such long genial tubercles (22 mm) especially in a dentulous patient. We conclude CBCT is very useful in the diagnosis of enlarged genial tubercle exostosis and planning of the surgical procedure.
Tam Metin

Kapila SD, Nervina JM. CBCT in orthodontics: assessment of treatment outcomes and indications for its use. Dentomaxillofac Radiol 2015;44:20140282. 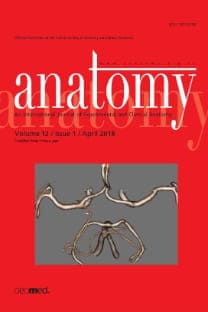 Incidence of agger nasi and frontal cells and their relation to frontal sinusitis in a Turkish population: a CT study

Coracoclavicular joint: clinical significance and correlation to gender, side and age