Innovation is sweeping the globe at breakneck speed, and emerging markets are where tremendous growth and opportunity reside for the present and future. Although innovation is widely viewed as the key to economic growth, there is no consensus on what makes some industries and countries more "innovative" than others, or exactly how innovations fuel an economy. The purpose of this study is to check whether innovation is a key factor in the economic growth of emerging countries. The empirical analysis is performed on 13 emerging economies, using the time series annual data for the period of 1970-2014. Unit root, Engle and Granger co-integration, Vector Error Correction Model VECM and Vector Autoregressive VAR tests were used to check out the relationship between innovation and economic growth. The result of the analysis indicates that only 4 of the 13 countries’ data confirms the hypothesis that innovation is the main factor of growth in the emerging economies.
Keywords:

Mankiw Gregory, Romer David and Weil, David (1992). “A Contribution To The Empirics Of Economic Growth” Harvard College and the Massachusetts Institute of Technology, The Quarterly Journal of Economics, May 1992. 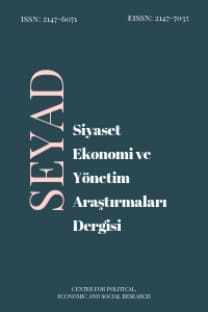