SYNAPTIC TRANSMISSION: A MODEL ON THE FORMATION OF END-PLATE POTENTIAL AND A STUDY ON SIMULATION

Öz In this study, the emergences of postsynaptic action potentials are investigated using simulation study which is depended on the statistical model of acetylcholine (Ach) quantal release theory at motor end-plate. It is supposed that the end-plate potentials (EPP) are sum of miniature end-plate potentials (MEPP) which are released as quantal and random in number (N). By the hypothesis that N number has a Poisson and MEPPs have a Gaussian distribution,  EPPs are obtained by simulating distributions parameters. Our study suggests that the simulation of the EPPs are  a convenient tool  in understanding both physiological process of synaptic transmission  and pathological process of neuromuscular junction.
Anahtar Kelimeler:

[6]- Tuckwell, HC. Stochastic Proseses in the neuroscience, The Society for Industrial and Applied Mathemetics, 1994. 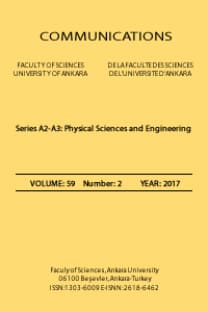 DESIGNING A SECURE BLOCKCHAIN-BASED TRADING PLATFORM FOR INTERNET OF THINGS

SYNAPTIC TRANSMISSION: A MODEL ON THE FORMATION OF END-PLATE POTENTIAL AND A STUDY ON SIMULATION